Arsenic is an element and a naturally occurring mineral found widely in the environment. 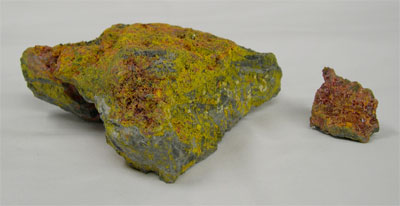 Environmental sources of arsenic exposure are

Because it is an element, arsenic persists in the environment and does not deteriorate.

Arsenic production has greatly decreased in the United States, but imports of arsenic have increased steadily.

Arsenic compounds can be classified into three major groups:

The most common valence states are

The relative toxicity of an arsenical depends primarily on

Inorganic arsenic is generally more toxic than organic arsenic. Forms of arsenic that are more rapidly absorbed are more toxic, while those most rapidly eliminated tend to be less toxic. Arsenite and arsenate forms are highly soluble in water.

Although organic arsenicals are usually viewed as being less toxic than the inorganics, several methyl and phenyl derivatives of arsenic that are widely used in agriculture are of possible health concern on the basis mostly of animal studies. Chief among these are monomethylarsonic acid (MMA) and its salts and dimethylarsinic acid (DMA) and its salts, and roxarsone [ATSDR 2007].

Arsenobetaine and Arsenocholine are the organic forms known as “fish arsenic” and are relatively nontoxic to humans.

Arsine gas is the most toxic arsenical (acute exposure).