In June 2011, after a chemical incident at a poultry processing facility, 600 workers were potentially exposed to chlorine, 170 of whom needed transportation to five area hospitals for medical evaluation. The state Department of Health asked ATSDR to assist in the investigation of the incident, including an evaluation of the emergency response. An ACE team was deployed in response. The team discovered that the state Department of Emergency Management was not required to notify the health department when the incident occurred. This resulted in missed opportunities for assistance, such as coordinating with local hospitals regarding where patients were transported for care or providing treatment protocols for chlorine gas.

After the ACE investigation identified the issue, the Department of Emergency Management modified their procedure for notification of the state health department to include any incident involving a biological, chemical, radiological, or nuclear substance. About two weeks after the procedures were modified, two different ammonia releases occurred in the same city as the previous release. Because of the new procedures, emergency management officials immediately notified the health department of the incidents, resulting in a more coordinated and effective response. 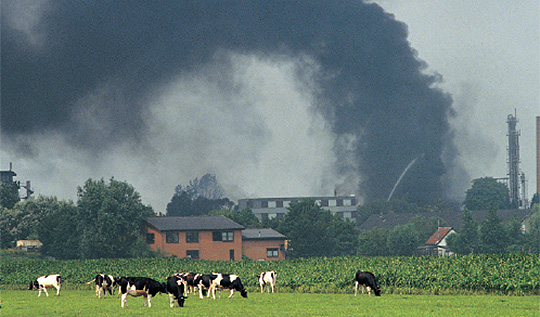 What resources does ACE provide?

When an incident occurs ACE provides technical assistance by forming a multi-disciplinary, often multi-agency, team to assist the state and local health department. Team members may assist from ATSDR headquarters in Atlanta, Georgia or deploy to the scene.

Other support the ACE team can provide is:

What happens during an ACE investigation?

ACE typically reviews hospital medical charts and veterinary chart abstractions to learn more details about health effects experienced as a result of the release. ACE may also assist in collecting and analyzing clinical samples if a laboratory test is available to determine exposure to the substance. If testing is done, results are sent to participants to share with their physicians.

Why perform an ACE investigation?

A body of data from multiple incidents can be used for education and training to prepare for future incidents.

What are some examples of ACE investigations?

The ACE team worked with the state or local health agency on the investigations and public health actions described below. Additionally, ATSDR has partnered with other public health and safety agencies, like the National Institute for Occupational Safety and Health (NIOSH) to work on chemical releases. The goals of each investigation were determined by the inviting agency. Each investigation involved multiple components, including interviewing responders and owners/managers of facilities, surveying exposed persons and staff at hospitals where patients were treated, and reviewing hospital charts for patients treated for chemical exposure.

Chlorine gas was released when a 1-ton, low-pressure tank was cut at metal recycling facility. Most workers and customers followed the planned evacuation route, exiting the facility through the main gate and meeting in an open field that was downwind from the tank. The ACE team, working with the state and local health department:

Ammonia release at a refrigeration facility

A pipe ruptured on the roof of a refrigeration facility, releasing anhydrous ammonia. A cloud of ammonia drifted over a canal behind the facility, exposing personnel on ships docked at the refrigeration facility and at a large facility across the canal where work was taking place outdoors. The ACE team, in conjunction with the local health department and the state’s CDC Career Epidemiology Field Officer:

A worker accidently mixed sodium hypochlorite with an acid-containing disinfectant, releasing approximately 40 lbs of chlorine gas within the facility. Due to the air flow within the building, workers were exposed both at their work stations and in a major hallway used as an evacuation route. The ACE team, assisting the state and local health department:

A tanker car punctured during a train derailment released approximately 24, 000 gallons of vinyl chloride on the edge of a small town. A shelter-in-place order was established for surrounding areas, then was lifted and reestablished repeatedly over four days, as vinyl chloride levels in the air fluctuated due to weather conditions. The ACE team, in partnership with the state and local health department:

Published results of the investigation: Assessment of emergency responders after a vinyl chloride release from a train derailment New Jersey 2012

A tank containing chemicals used in coal processing leaked into a river just upstream from the intake of the municipal water supply for approximately 300,000 people. A “Do not use” water order was issued for a nine-county area. The ACE team, working with the state health department:

Methyl bromide, an outdoor pesticide, was inappropriately used as a fumigant at a condominium resort in the U.S. Virgin Islands. A family of four were exposed and developed life threatening illness. Thirty seven others were potentially exposed. The ACE team, in partnership with the local health department:

On April 25, 2014, the City of Flint, Michigan switched its drinking water source from Lake Huron to the Flint River and on October 16, 2015 they switched it back to Lake Huron. During this time, people were presenting to their health care providers with rashes or worsening rashes. The ACE team assisted the local health department to

A report from the investigation and fact sheet are available at
https://www.phe.gov/emergency/events/Flint/Documents/rash-report.pdf pdf icon[PDF – 1.5 MB]external icon

The Assessment of Chemical Exposures (ACE) training introduces how to perform an epidemiologic assessment after a chemical incident. It also describes the ACE Toolkit, which contains surveys, consent forms, databases, and training materials that are useful in responding to or preparing for a chemical release.