Fairchild Air Force Base used aqueous film-forming foam containing PFAS for firefighting training in the past. The foam was also used to extinguish fires from aircraft crashes at two sites near the Base.  Groundwater sources for the city of Airway Heights’s drinking water supply system were contaminated with PFAS.

PFAS were first detected in the Airway Heights water system during sampling by the Air Force in May 2017. Water from three wells had PFAS concentrations higher than the U.S. Environmental Protection Agency’s (EPA) health advisory level (HA). The HA is 70 parts per trillion (ppt) for two PFAS (PFOS and PFOA), individually or combined.

Immediately after PFAS were detected, the City of Airway Heights alerted customers and took actions to ensure the quality of the drinking water. These actions included removing the contaminated drinking water supply wells from service, flushing the water lines, placing temporary restrictions on use of water for drinking and cooking, and distributing bottled water to residents. The City also secured an alternate source of uncontaminated drinking water through interconnections with the City of Spokane. In June 2017, the City declared the water safe to drink. The water in Airway Heights’ system primarily comes from the City of Spokane. In 2018, the city of Airway Heights installed granular activated carbon (GAC) treatment on one of its wells.  This well is only used to meet peak demands during summer months. 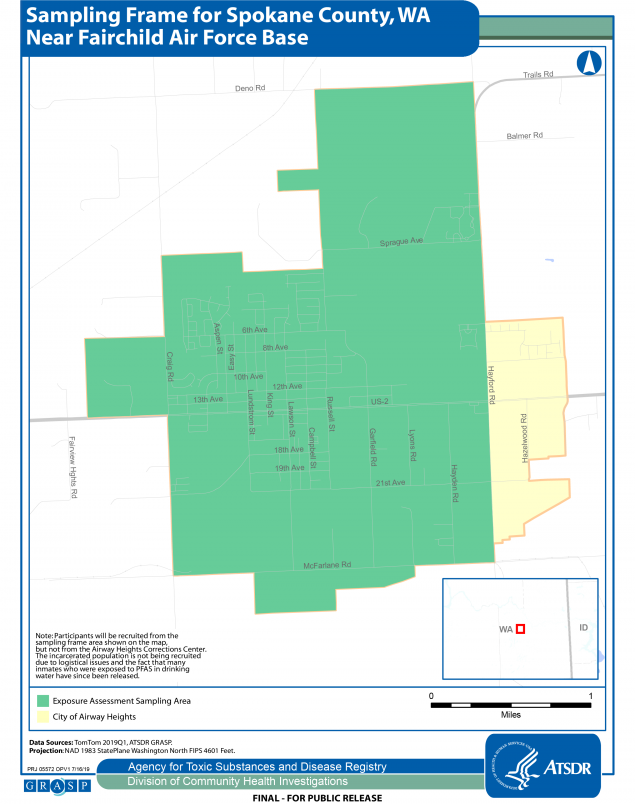 Currently, CDC/ATSDR are analyzing the environmental and biological samples from Airway Heights. Individual results will be mailed to participants as soon as is possible. CDC/ATSDR will write a final report summarizing the findings and recommendations for the community and present the results at a public meeting. 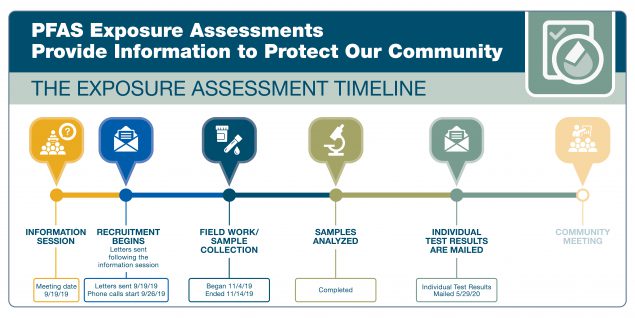 CDC/ATSDR held an information session to answer questions from the community, listen to concerns, and promote transparency and understanding.