A History of Lead at the Study Site

The John T. Lewis site, most recently known as the Anzon site, is in the Kensington area of Philadelphia. Lead paint production and other lead processing operations occurred at the site for nearly 150 years (from 1849 to 1996). Plant emissions, equipment malfunctions, and fires at the facility released lead into the surrounding community. In addition to the John T. Lewis facility, a number of other industrial sources of lead used to operate in this community. Residential homes have been located near the facility dating back to the 1800s. In the late 1990s and early 2000s, the facility grounds were redeveloped into a multiuse commercial complex.

In July 2014, Centers for Disease Control (CDC)/Agency for Toxic Substances and Disease Registry (ATSDR) and the U.S. Environmental Protection Agency (EPA) in collaboration with the Philadelphia Department of Public Health (PDPH), conducted a childhood blood lead investigation in selected Philadelphia neighborhoods nearby the former J.T. Lewis facility. The purpose of this neighborhood investigation was to evaluate the relationship between child blood lead levels and water, soil and dust in the child’s household environment. The investigation area (Figures 1 and 2)  for the 2014 childhood blood lead investigation currently consists of residential homes with scattered industrial, commercial, and educational/service facilities. Protecting children from exposure to lead is important to lifelong good health. No safe blood lead level in children has been identified. Even low levels of lead in blood have been shown to affect IQ, ability to pay attention, and academic achievement. And the effect of lead exposure cannot be corrected.

We did this study to:

How We Conducted the Study

We recruited participants for the study during a two-week period in July 2014. We selected households at random from various neighborhoods near the site, including Port Richmond, Kensington, and Northern Liberties. If the head of the household agreed to participate in the study, we offered to do 4 things: 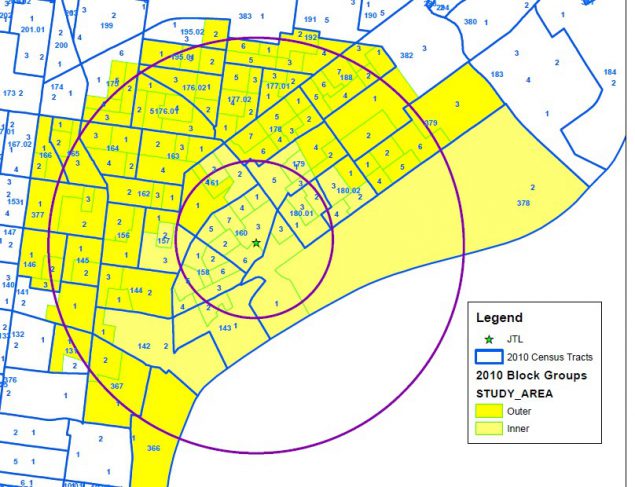 The JT Lewis facility was one of multiple facilities featured in the USA Today article Ghost Factories: Poison in the Ground, an investigative piece that reported the potential public health impacts of abandoned “lead smelters” (Figure 2). The issue was first described in a 2001 paper published by William P. Eckel in the American Journal of Public Health titled Discovering Unrecognized Lead-Smelting Sites by Historical Methods (AJPH 2001;91(4):625-7.) 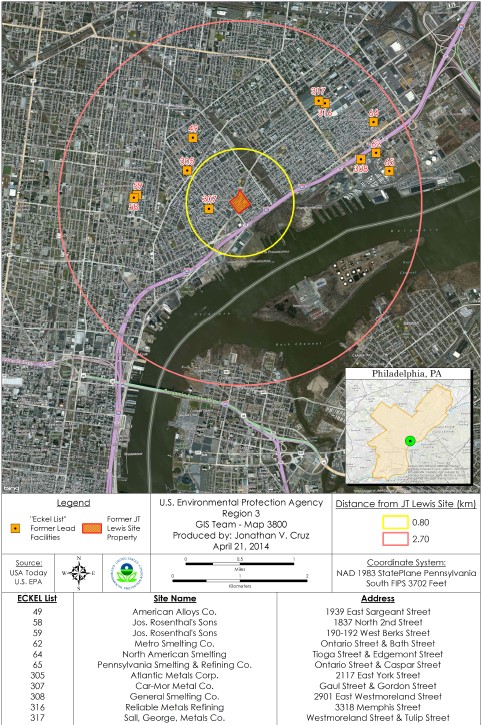