Phosphate ester flame retardants are human-made chemicals added to consumer and industrial products for the purpose of reducing flammability. 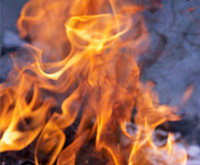 Phosphate ester flame retardants are composed of a group of chemicals with similar properties but slightly different structures. Phosphate esters are typically liquids at room temperature; however, some are solids.

Phosphate ester flame retardants can change chemical composition in the environment. There is no specific information available for these phosphate ester flame retardants; however, in general, these compounds are degraded by chemical reactions in the air. If they attach themselves to particles, they can settle out onto the ground. Generally, most phosphate esters are poorly soluble in water and adsorb strongly to soils. These compounds are commonly detected in water due to their widespread use in commercial products. Phosphate esters are subject to biodegradation in aquatic and terrestrial environments

Top of Page
Exposure to Phosphate Ester Flame Retardants
Humans can be exposed by a combination of oral, inhalation, and dermal routes.

Young children may be at a higher risk of exposure since they are more likely to put phosphate ester flame retardant treated materials in their mouths.

There is virtually no information about the entrance of these substances into the body. However, tris (1,3-dichloro-2-propyl) phosphate (TDCP) had been found in human tissues and body fluids, so we know that this substance can enter the body possibly by inhaling aerosols or dusts or ingesting contaminated food or water. Adverse health effects seen in humans after exposure to tri-o-cresyl phosphate (TCP) indicate that this substance can enter the body and pass into the bloodstream. Studies found that TDCP, tris(2-chloroethyl) phosphate (TCEP), TCP, and tri-n-butyl phosphate (TnBP) can easily pass from the stomach and intestines into the blood stream after oral exposure to these chemicals. Studies on dermal exposure found that less amounts entered the body through the skin of rats and only very small amounts through the skin of pigs.

Top of Page
Health Effects of Exposure
Few studies have looked at the health effects of exposure to phosphate ester flame retardants. 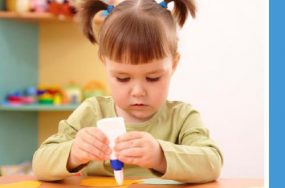 Almost no information is available regarding these effects in members of the general population. However, accidental ingestion of a component of TCP has caused adverse effects on the nervous system. There have been a few cases of allergic reactions to consumer products that contain triphenyl phosphate (TPP), but a study that examined several hundred people exposed to plastics and glues that contained TPP or TCP did not find any allergic reactions. 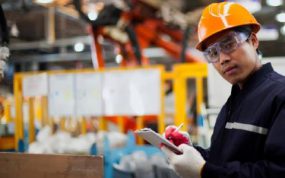 One way to learn about the effects of phosphate ester flame retardants is to see how they affect test animals. Almost all studies in animals have administered these substances orally and generally at levels much higher than what can be expected from environmental exposures. TCEP, given to rats for 16 weeks or longer, caused brain lesions. When given for 2 years, it also caused lesions in the kidneys. TCEP also decreased the fertility of mice that were exposed for 18 weeks before mating. TnBP induced lesions in the urinary bladder of rats when given for 10 weeks or longer. Tris(2-butoxyethyl) phosphate (TBEP) caused liver lesions in rats after the rats ate food that contained TBEP for 18 weeks. A study showed that rats that ate food containing TCP for 2 years developed lesions in the ovary and adrenal gland and male mice developed liver lesions. TCP also decreased fertility in rats and mice. Rats that ate food containing TDCP for 2 years developed lesions in the kidneys and liver. The few studies that examined the effects of TPP, tri-iso-butyl phosphate (TiBP), and tris(1-chloro-2- propyl) phosphate (TCPP) in animals did not report significant adverse health effects.

There is not enough information available to determine with certainty whether or not phosphate ester flame retardants produce cancer in humans. Studies of workers employed in the manufacture of TDCP and TCP did not find significant associations between exposure and cancer. No information was available regarding the carcinogenic potential of the other phosphate esters to humans. Rats that received oral doses of TCEP for 2 years developed kidney tumors. Feeding mice a diet that contained TCEP for 18 months induced tumors in the kidney, liver, and stomach, and also induced leukemia. Long-term administration of TnBP to rats and mice induced tumors in the urinary bladder and the liver, respectively. Feeding rats with a diet that contained TDCP for 2 years produced tumors in the liver, kidneys, testes, and adrenal gland. Neither the EPA nor the Department of Health and Human Services (DHHS) has classified the carcinogenic potential of the phosphate esters discussed in this profile. The International Agency for Research on Cancer (IARC) determined that TCEP is not classifiable as to its carcinogenicity to humans.

Top of Page
Phosphate Ester Flame Retardants and Children
Children may be exposed to phosphate ester flame retardants in similar ways as adults.

There have been some studies done in laboratory animals on the effects of phosphate ester flame retardants in utero. In general, exposure of rodents during gestation to TCEP, TnBP, TBEP, TDCP, TPP, or TCPP did not result in adverse effects to the fetuses or newborn animals. However, continuous exposure of two generations of mice to TCEP reduced the number of male pups born alive in the third generation. A similar study with TnBP in rats found that pups born to exposed rats had lower body weight during the first weeks of life than pups born to untreated rats. Studies in rats and mice also found that exposure to TCP before and during pregnancy can increase the number of pups born dead.

Top of Page
Reducing Risk of Exposure
If you believe that you have been exposed to high levels of phosphate ester flame retardants, you should contact your doctor or local health department.

In order to reduce the risk of exposure to phosphate ester flame retardants, avoid food that is generally high in phosphate ester content as indicated by the current market basket for the U.S. Total Diet study.

Additionally, avoid installation or use of materials that are known to contain phosphate ester-based flame retardants in indoor environments to minimize exposure to them via air and particulate matter.

Top of Page
Exposure Testing
Phosphate ester flame retardants can be measured in blood and urine.

This is not a routine test that can be performed in a doctor’s office. You should, however, see a physician if you believe that you have been exposed to high levels of these substances. No studies have been conducted to measure these chemicals in blood samples from groups of people representative of the U.S. general population.

For the most current information, check with the federal agency or organization that issued the regulation or recommendation.

Some regulations and recommendations for phosphate ester flame retardants include the following: