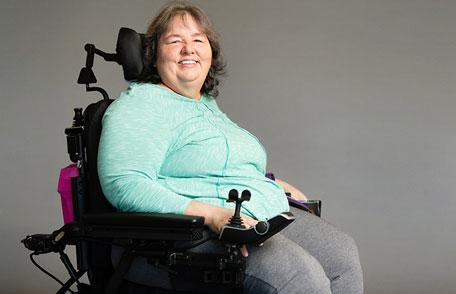 This October marks 11 years since the National ALS Registry was established and began recruiting patients living with ALS. Researchers have made progress in the past decade in learning more about ALS; however, there is still a long way to go to fully understand the disease. Despite remaining knowledge gaps in ALS research, the Registry is extremely grateful for the participation from all the people living with ALS around the country. Learn more about the National ALS Registry at cdc.gov/als.

Amyotrophic lateral sclerosis (ALS), also known as Lou Gehrig’s disease, is a rapidly progressive, fatal neurological disease that affects nerve cells in the brain and spinal cord, causing nerves in the muscle to die, thereby affecting voluntary muscle movement. On average, persons with the disease die within two to five years after being diagnosed. We still know very little about ALS, including its cause(s) and why ALS strikes some people and not others, but the Registry continues to work to better understand the disease.

How is the Registry fulfilling its goals?

Since the Registry’s launch, the Centers for Disease Control and Prevention/Agency for Toxic Substances and Disease Registry have been able to provide information about the incidence, prevalence, and demographic characteristics of persons living with ALS in the U.S. The Registry’s fifth report was published in August 2021 and includes findings from 2016. This report found that over 16,000 persons were living with ALS in the U.S. in 2016. ALS continues to be more common in whites, males, and persons between the ages of 60-69.

ATSDR is also conducting several different activities to examine the potential risk factors for ALS. Through the Registry’s 18 online risk factor modules, ATSDR is collecting detailed information from persons living with ALS on topics such as occupation, military history, residential history, and trauma history, to better learn about the potential risk factors for developing the disease. To date, nearly 100,000 survey modules have been completed by persons living with ALS.

Research is critical to helping scientists and persons living with ALS better understand the disease. The overarching goal of the research is to examine potential risk factors for developing ALS. To help identify these potential risk factors, the Registry’s Research Notification Mechanism connects individuals with ALS with scientists who are recruiting participants for their ALS studies and clinical trials. Since the notification mechanism became available, over 90% of Registry-enrolled persons with ALS have chosen to receive email notifications about research opportunities for which they are eligible. To date, ATSDR has helped over 60 studies, both domestically and abroad, recruit thousands of patients for research.

ATSDR is also providing funding for academic institutions to conduct research to learn more about risk factors and what may cause ALS. In 2020 alone, the National ALS Registry funded two Harvard University studies to research persistent organic pollutants levels in persons living with ALS and whether past viral infections were associated with ALS in members of the U.S. armed forces. To date, ATSDR has funded 20 domestic research studies and one international study. Information gleaned from the research will help ATSDR prioritize topics for future surveys. 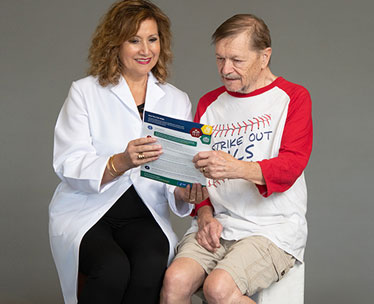 The more people living with ALS who join the Registry, the more complete of a picture we can create of the disease and the better we can aid research efforts in finding a potential cause.

The National ALS Registry is also closing in on the 4-year anniversary of the National ALS Biorepository. The Biorepository continues to enroll a representative, population-based sample of participants from the Registry; increase the number of biological specimens available for ALS research; and allow for the correlation of biomarkers with extensive epidemiologic data collected by the National ALS Registry. The Biorepository provides this service free to persons with ALS by coming to their homes to collect samples. During parts of 2020 and 2021, due to pandemic concerns, the Biorepository suspended its in-home collection of blood and saliva for the safety of both the staff and persons living with ALS. Collection resumed in June 2021.

ALS Research Counts on You

The more people living with ALS who join the Registry, the more complete of a picture we can create of the disease and the better we can aid research efforts in finding a potential cause. We encourage everyone to learn more about the Registry and how it is moving the fight forward against ALS. Learn more about the National ALS Registry.