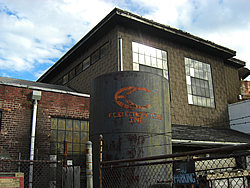 ATSDR recently worked closely with the U.S. Environmental Protection Agency (EPA) and the New Jersey Department of Health and Senior Services (NJ DHSS) to examine potential health effects from contaminated groundwater and surface dust in an area of Garfield, New Jersey. ATSDR examined data EPA gathered from properties contaminated with hexavalent chromium, a toxic metal that can cause several health problems, including certain types of cancer. As a result, ATSDR issued a rare Public Health Advisory.

By declaring the Public Health Advisory, EPA is able to make this site eligible for the National Priorities List (NPL), the list of priorities among the known releases or threatened releases of hazardous substances, pollutants, or contaminants throughout the United States and its territories. The NPL guides the EPA in determining which sites should have further investigation. Adding the E.C. Electroplating Site to the NPL will ensure that EPA is able to conduct ongoing activities to protect the health of the people of Garfield.

The E.C. Electroplating facility is located in Garfield, New Jersey. In December 1983, more than 3,000 gallons of chromium plating solution were discharged from a partially below-ground storage tank. As a result, ground water near the EC Electroplating site has been contaminated with chromium. During heavy rains, flooding may occur in the basements of some Garfield homes and businesses. When the water recedes, the chromium dries out and leaves a yellow dust that can pose a health risk to persons living in or using these properties. People living in or using these properties can be exposed to harmful levels of hexavalent chromium by accidentally swallowing and breathing in this contaminated dust.

In late summer 2010, EPA alerted ATSDR and NJ DHSS that data showed very high levels of hexavalent chromium in the basement of a Garfield property. Because people in this area were in danger of being exposed to this toxic substance, ATSDR immediately worked to produce a Public Health Advisory . ATSDR issues such advisories rarely, and only in cases when a hazardous substance poses an immediate and significant risk to human health. In fact, this is the first Public Health Advisory that ATSDR has released since 1999. Public Health Advisories describe what public health actions need to happen to prevent further exposure. In this case, ATSDR was able to make specific recommendations to EPA regarding the cleanup of this site.

Based on guidance from ATSDR and Cooperative Agreement Program partner NJ DHSS, EPA immediately cleaned the property that showed the highest hexavalent chromium levels in surface dust in order to prevent more exposures to contaminated surface dust and to keep contaminated groundwater from re-entering this basement.

In early October ATSDR, along with EPA and NJ DHSS, hosted a community meeting in Garfield to provide information on the short- and long-term recommendations being made for future actions at the site and answer questions from community members.

ATSDR’s top priority is making sure people are safe from chemical exposure. ATSDR’s Cooperative Agreement Program provides 30 states and tribes with training and technical assistance to provide the best response to the public when chemical exposures become dangerous.