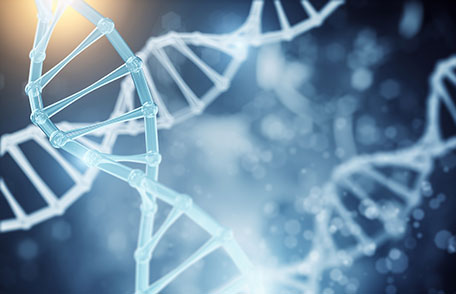 Learn how ALS researchers from around the world can access and use ALS Biorepository samples as a valuable resource in their fight to identify the causes of ALS.

The National ALS Biorepository collects, processes, stores, and distributes a variety of biological specimens such as blood, urine, and tissue from a sample of persons with ALS enrolled in the National ALS Registry who agree to take part in the Biorepository.

The National ALS Biorepository is different from other biorepositories because it collects specimens from a geographically representative sample of people with ALS that is not tied to a specific clinic or location.

Despite ALS being initially identified in 1869, the actual pathogenesis and cause remain unknown and there is currently no cure. The most consistently known risk factors for sporadic cases are being male, Caucasian, and older.

An estimated 5–10% of cases are attributed to heredity, while the remaining 90–95% are of unknown etiology. For these latter “sporadic” cases, many potential risk factors have been explored such as smoking and alcohol consumption; exposures to heavy metals, pesticides, and volatile organic compounds; head trauma; and occupational exposures.

Researchers can obtain complementary linked epidemiological data which are not usually collected by a biorepository; e.g., military history, family history, and occupational history.  Samples are accessible to researchers around the globe regardless of institutional affiliation.  In addition, unlike some biorepositories, the cost of collection and storage of samples is not passed on to researchers requesting samples. However, researchers can expect to incur a nominal per sample retrieval cost, along with shipping costs to deliver samples.

About the National ALS Registry

The National ALS Registry, maintained by the Agency for Toxic Substances and Disease Registry (ATSDR), is a congressionally-mandated registry for persons in the U.S. with ALS.

The National ALS Registry is the only population-based registry in the U.S. that collects information to help scientists learn more about who gets ALS and its potential causes.

Currently fourteen studies are using samples from the Biorepository for research that contribute to the understanding of potential risk factors for ALS. Being able to link biological samples with the extensive epidemiological data in the Registry as well as having the genetic profile of those taking part in the Biorepository, makes the samples a unique resource. The variety of studies already using Biorepository samples illustrates its contribution to ALS research.