Chemicals, Odors, and Your Health

We know some people in Arlington and Tonopah have concerns about odors (smells) and odor-related symptoms. An odor is caused by a chemical in air that you can smell. People can detect chemicals like hydrogen sulfide or ammonia in air as odors even at very low levels.

Odors of hydrogen sulfide or ammonia can cause odor-related symptoms in people. At higher levels, these chemicals can also cause toxic health effects in people. 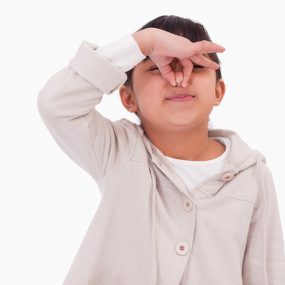 ATSDR screening levels help us identify exposures that need to be evaluated more closely to see if there is likely to be harm to people’s health. These screening levels are based on scientific studies about a chemical’s toxic effects, not its odor-related health effects.

In general, when people are exposed to higher levels of chemicals, their symptoms become more serious.

It is important to know that:

You can learn more about odors, odor-related health effects, sensitive populations, and odors and wellbeing by exploring these ATSDR webpages: