PFAS in the U.S. Population

The National Health and Nutrition Examination Survey (NHANES) has measured blood PFAS in the U.S. population since 1999-2000. NHANES is a program of studies designed by the Centers for Disease Control and Prevention (CDC) to evaluate the health and nutrition of adults and children in the United States. NHANES data are publicly released in 2-year cycles.

Since 2002, production and use of PFOS and PFOA in the United States have declined. As the use of some PFAS has declined, some blood PFAS levels have gone down as well.

However, as PFOS and PFOA are phased out and replaced, people may be exposed to other PFAS.

Biomonitoring studies have measured PFAS levels in other groups: 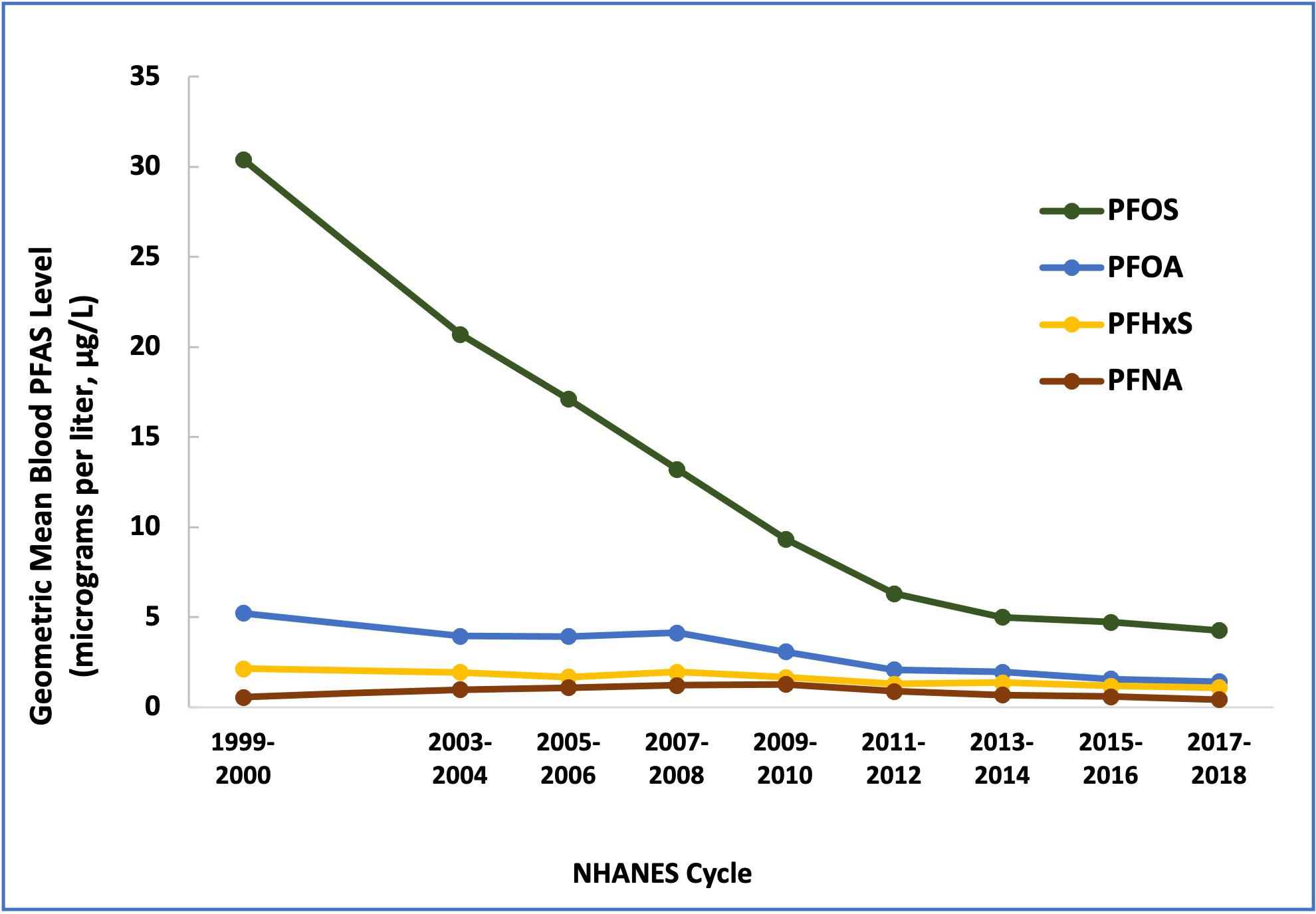