The New Hampshire Department of Environmental Services (NHDES) tested public and private drinking water supplies in the Southern New Hampshire area that may have been contaminated by discharges from nearby factories. Some of the public and private wells are contaminated with PFAS (per- and polyfluoroalkyl substances). The state is taking actions to address the contamination. ATSDR is evaluating the test results to determine if drinking the water may harm people’s health and will provide the findings in a written report.

Background on the investigation is available via the NHDES website at https://www4.des.state.nh.us/nh-pfas-investigation/external icon

The City of Portsmouth, working with the NH Department of Environmental Services and the NH Department of Health and Human Services (NH DHHS), tested the Pease International Tradeport drinking water wells for PFAS (per- and polyfluoroalkyl substances) in May 2014. One of three wells had elevated levels of PFOS (perfluorooctane sulfonate). The City of Portsmouth took the well off-line. PFAS were found in the other Tradeport wells, and in some residential private drinking water wells located near the site. The source of PFAS in the groundwater is likely past use of aqueous film-forming foam (AFFF) used at the former Pease Air Force Base. ATSDR evaluated the test results from contaminated city and private wells to determine if drinking water from these wells may harm people’s health. A report that evaluated these findings was released for public comment April 1, 2019.  The report can be found at https://www.dhhs.nh.gov/dphs/investigation-pease.htmexternal icon. ATSDR is currently preparing a report evaluating PFAS exposures from private wells in the area. ATSDR has created a Community Assistance Panel (CAP) to receive input from community members about health studies. For more information, visit the CAP website at: https://www.atsdr.cdc.gov/pfas/Pease-CAP.html

In 2019, ATSDR initiated the Pease Study, a health study that will look at the association between health outcomes and PFAS exposure to expand the PFAS science base.

The NH DHHS provides information about the site at https://www.dhhs.nh.gov/dphs/investigation-pease.htmexternal icon. In 2015, NH DHHS tested the blood of people who worked on, lived on, or attended childcare on the Pease Tradeport or Pease Air Force Base, and drank water from contaminated wells.

The Vermont Department of Environmental Conservation (VDEC) found PFOA (perfluorooctanoic acid) in private drinking water wells in North Bennington. VDEC is testing private wells within a 1.5-mile radius of the former ChemFab site to see how widespread the contamination is. The Vermont Department of Health (VDH) asked NCEH/ATSDR for technical support in addressing health issues.

Visit the VT DPH for more information about PFOA at http://healthvermont.gov/response/environmental/pfoa-drinking-water-2016external icon 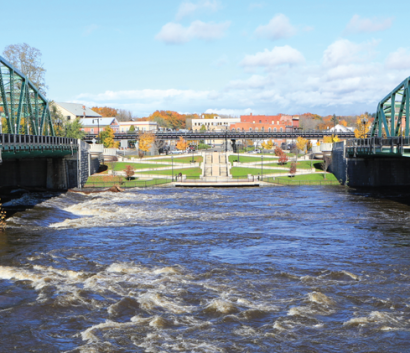 As early as the 1980s, the Barnes Air National Guard Base (the Base) used aqueous film forming foam containing PFAS for its firefighting training. These compounds later moved off-site in groundwater, likely affecting both municipal and private drinking water wells located downgradient of the Base.

ATSDR is conducting an Exposure Assessment at this site. The primary goal of the exposure assessment is to provide information to the community about levels of PFAS in their bodies. This information might be used to help inform future studies evaluating the impact of PFAS exposure on human health.