Where is Arsenic Found?

Arsenic is released into the air by volcanoes, through weathering of arsenic-containing minerals and ores, and by commercial or industrial processes.

Arsenic occurs naturally in the earth’s crust, and much of its dispersion in the environment stems from mining and commercial uses. In industry, arsenic is a byproduct of the smelting process (separation of metal from rock) for many metal ores such as

In the 19th Century, arsenic was used in paints and dyes for clothes, paper, and wallpaper [Meharg 2003].

In the past, the United States primarily used arsenic in insecticides such as ant killers and animal dips (the concentrated liquid forms of these are most toxic to humans). However, regulatory restrictions for arsenic, especially for home products, have reduced its use and should also reduce the exposure risk to it [NAS 1977].

Arsenic trioxide may be found in pesticides and defoliants and as a contaminant of moonshine whiskey [Murunga and Zawada 2007].

Presently, arsenic is widely used in the electronics industry in the form of gallium arsenide and arsine gas as components in semiconductor devices.

Production of wood preservatives, primarily copper chromated arsenate (CCA), accounted for more than 90% of domestic consumption of arsenic trioxide in 2003. Wood treated with CCA is known as “pressure treated wood”. In response to consumer concerns, U.S. manufacturers of arsenical wood preservative began a voluntary transition from CCA to other wood preservatives for certain residential wood products. In 2002, the U.S. Environmental Protection Agency (EPA) reached an agreement with the manufacturers of wood preservative products containing CCA to cancel the registration of CCA for use in virtually all residential applications. As of December 31, 2003, it is illegal to treat dimensional lumber used in residential applications with CCA. However, wood treated prior to this date can still be used, and CCA-treated wood products continue to be used in industrial applications [ATSDR 2007]. There are sealants that can be used to reduce the leaching of arsenic from CCA-treated wood for up to twelve months of natural weathering [EPA 2007].

Many outdoor wood structures such as playgrounds and decks have been treated with copper chromated arsenate wood preservative. The photo at the left below shows one such playground. The preservative often gives wood a greenish color, as seen in the photo at the right below.

Arsenic is and has been used medicinally.

Arsenic production has currently ceased in the United States. Arsenic has been phased out of domestic pesticides, but commercial use of imported arsenic is still high [ATSDR 2007].

Discontinued arsenic-containing pesticides may still be found in some U.S. farms and homes [ATSDR 2007].

Gallium arsenide is used in integral components of

Arsine gas, the most toxic arsenical (acute exposures), is used commercially in the microelectronics industry, and it is encountered accidentally in metallurgical and mining processes.

Arsine gas is used in the production of semiconductors, although substitutes of lower toxicity such as tributylarsine have also been used.

Arsine forms when acid or other reducing substances are added to arsenic-containing compounds, such as metals in which arsenic is a low level contaminant [ATSDR 2007].

Use of Arsenicals in Chemical Warfare

Use of arsenicals in chemical warfare.

Other industrial processes that use arsenic include

Arsenic may be found in foods. 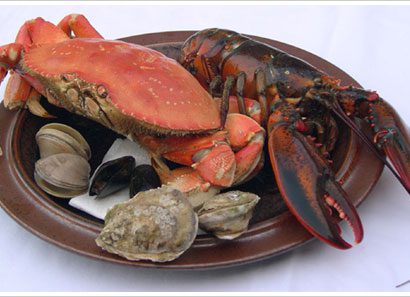 While found in lower amounts in many foods and particularly seafoods, higher concentrations of dietary organic arsenic may be found in bivalve mollusks (clams, oysters, mussels) and crustaceans (crabs and lobsters). The organic forms of arsenic found in seafood (mainly arsenobetaine and arsenocholine, also referred to as “fish arsenic”) are generally considered to be nontoxic, and are excreted in urine within 48 hours of ingestion [ATSDR 2007].