ATSDR and state partners evaluate and respond to environmental exposures when an ECE program is found to be located on or next to a contaminated site. In the past decade, ATSDR has worked on many of these sites. In several high-profile cases, ECE programs were placed on or next to contaminated sites. One of the most well-known is Kiddie Kollege child care in New Jersey (see Box).

A lesson in why siting is important

In 1994, Accutherm, Inc., a mercury thermometer factory in New Jersey, filed for bankruptcy and shut down its operations. Under New Jersey environmental laws, Accutherm was responsible for cleaning the mercury pollution at the site. When Accutherm failed to comply, New Jersey referred the site to the federal Environmental Protection Agency (EPA). EPA concluded that the site did not pose an immediate threat to human health because the mercury pollution was contained within the building and the building was vacant. For this reason, the site was put on a list of low-priority sites [55].

Property Sale but No Mercury Cleanup

In 2001, a local realtor purchased the Accutherm property and renovated the building. In 2004, Kiddie Kollege leased the space from the property owner. Before opening, Kiddie Kollege was granted local permits and met all of the New Jersey daycare licensing requirements in place at that time — even though the mercury contamination had not been cleaned up [54].

In 2004, Kiddie Kollege opened inside the former Accutherm thermometer factory. During the first two years, young children and child care workers breathed mercury vapors each day they were inside this building. Mercury can be toxic to the nervous system, lungs, and kidneys. In 2006, during an inspection of low-priority sites, the New Jersey Environmental Department realized that the Accutherm property was not vacant but was being used for a daycare. This finding prompted New Jersey to test the air inside the daycare for mercury. Testing confirmed mercury vapors in the air at levels above health guidelines [51]. At this point, the daycare was closed. Parents were concerned for the health of their children as they scrambled to find alternative child care.

The Agency for Toxic Substances and Disease Registry worked with New Jersey to provide mercury testing for the 72 children and nine staff members who had been attending and working at Kiddie Kollege. About one-third of the children and adults who were tested had mercury in their urine at levels greater than what is considered to be a normal range by the Centers for Disease Control and Prevention [51].

Misunderstandings and Missed Opportunities for Communication

This incident occurred through a series of miscommunications and missed opportunities for communication [54]. Local permitting and daycare licensing staff did not fully communicate with New Jersey’s Environmental Department, who knew the Accutherm site was still contaminated. New Jersey’s Environmental Department did not have a good procedure for sharing information about contaminated sites [54]. EPA’s conclusion that Accutherm did not pose an immediate threat to health might have been misunderstood as meaning that the property was safe for a daycare.

The legal and financial fallout from the Kiddie Kollege incident has been long-lasting. In 2014, a judge ordered the Accutherm property owners to pay $6.1 million in cleanup costs and punitive damages to the state of New Jersey [53]. Parents’ concerns about long-term health effects fueled a class-action lawsuit. The lawsuit settlement of $1.6 million provides money to fund a long-term medical monitoring program for exposed children [52].

The Kiddie Kollege story shows that a poor child care siting decision can lead to enormous financial and legal consequences, as well as long-lasting concerns about health effects. Several methods suggested in this manual for evaluating the history of former use of a building or land where a potential child care center is proposed could have prevented Kiddie Kollege from locating in a former mercury thermometer factory.

With increased awareness, health professionals can work to dramatically decrease the potential for these situations to occur. Adoption of safe siting considerations into the process for selecting ECE locations and licensing ECE programs can protect young children by reducing and preventing harmful environmental exposures.

Many of the programmatic and policy changes offered in this manual can be enacted with little or no additional resources. Many actions to protect children from exposures can be accomplished simply by increased collaboration and communication between state or local agencies and ECE programs.

ATSDR’s Choose Safe Places for Early Care and Education ensures that ECE programs are located in places where chemical and radiological hazards have been considered, addressed, and mitigated to best protect children’s health 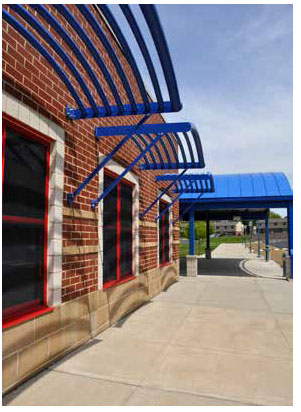 In addition to providing the ideas and tools in this manual, ATSDR is available to provide technical assistance and expertise to state, territorial, local and tribal agencies or departments. ATSDR has regional offices located around the country and headquarters in Atlanta ready to assist. Regional contact information can be found at: https://www.atsdr.cdc.gov/dro/index.html